Aspects of Landscape presents paintings by John Hitchens, created over a period of more than five decades. His main subject and source of inspiration is the landscape of the British Isles, its hills and field patterns, woodland, sea, the night sky and forms in nature.

John Hitchens achieved early acclaim in the 1960s and ’70s when his work was represented by Marjorie Parr and Montpelier Studios, both in London. A series of successful exhibitions led to acquisitions of his work by many public and private collections in the UK and overseas. Since the 1990s John Hitchens’ work became increasingly studio-based and abstract, but still influenced by the landscape of the South Downs and the woodlands that surround his studio and that he has known since childhood.

The book traces the artists’ journey from early descriptive paintings to increasingly abstract ways of interpreting landscape, reducing its forms to lines, circles and patterns. In his recent paintings John Hitchens has developed a unique personal form of abstraction and imagined landscape forms which sets it apart from conventional abstract painting. Much of this new body of work has never been exhibited and remains little known.

The accompanying essay by Caroline Collier is a first attempt to evaluate the paintings of John Hitchens as a whole and to connect different periods of work, that has up to now only been presented in parts, and in selective exhibitions.

About the author
Caroline Collier has a career spanning four decades in the visual arts as a writer, curator and arts administrator. She has worked at the Arts Council, the South Bank Centre, the de la Warr Pavilion, Bexhill, Arnolfini, Bristol and most recently she was at Tate for twelve years. She now works freelance. 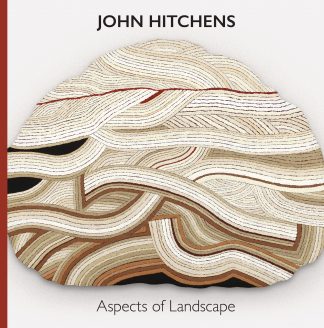 You're viewing: John Hitchens: Aspects of Landscape £45.00
Add to cart