With text by Chris Packham

Internationally renowned sculptor Geoffrey Dashwood’s bronze birds are notable forthe use of coloured patinas and the elimination of surface detail to emphasise form and movement, thus capturing the innate character of individual species. Born in Hampshire, Dashwood left school at 15 and rejected art college to spend several years as a Forestry Commission keeper. He developed an extensive knowledge of the New Forest’s unique habitats and wildlife and has a particular passion for birds exemplified in this book and the accompanying exhibition at St Barbe Museum and Art Gallery. This collection focuses on birds that might be found in the New Forest in the past, present and future: the black grouse, once common, now locally extinct; species closely associated with the Forest today such as the hobby, nightjar and hen harrier; and those which may yet become established such as the hoopoe, osprey and red kite.

Naturalist, writer and television presenter Chris Packham is a long-time admirer of Dashwood’s work and is uniquely qualified to write on both the sculptures and their subjects. In typically eloquent and passionate style he guides us through thecharacteristics of over forty birds, discussing the modelling skills and powers of observation that make Dashwood’s sculpture such a uniquely ravishing phenomenon. 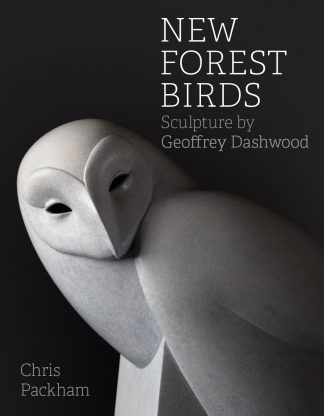