Beyond the Brotherhood: The Pre-Raphaelite Legacy

Beyond the Brotherhood: The Pre-Raphaelite Legacy
Anne Anderson

The term Pre-Raphaelite is widely used but often little understood.  This book untangles what Pre-Raphaelitism means.  It includes the original Pre-Raphaelite Brothers, William Holman Hunt, John Everett Millais and Dante Gabriel Rossetti, and their immediate followers, Edward Burne-Jones and Evelyn De Morgan.  It also looks at the assimilation of Pre-Raphaelites ideals and subjects into the Royal Academy tradition and the resurgence of mural painting and tempera in the early twentieth century.  Even in the 1970s, the Brotherhood of the Ruralists attempted to recapture its spirit.  Today it lives on in fantasy art and film; Lord of the Rings and Game of Thrones.

Rather than seeing Pre-Raphaelitism as an historic style, this publication argues it is a living tradition.

About the author
Dr Anne Anderson was a senior lecturer in Art and Design History at Southampton Solent University for 14 years. During 2009-2010, Anne worked on Closer to Home the reopening exhibition at Leighton House Museum, Kensington. Anne also curated Under the Greenwood: Picturing the British Tree for St Barbe Museum and Art Gallery, Lymington (2013). Anne’s career as an international speaker has taken her all over the world, including Spain, Germany, Australia, New Zealand, Canada and the USA. She recently wrote The Perseus Series: Sir Edward Coley Burne-Jones (2018), published by Sansom & Co. 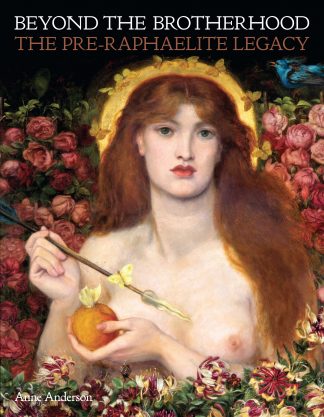 You're viewing: Beyond the Brotherhood: The Pre-Raphaelite Legacy £17.50
Add to cart
This site uses cookies: Find out more.