An entertaining, informative book exploring the phenomenon of the ‘artist couple’ in Modern British Art, focusing on the lives and careers of nine pairs of artists and/or designers.

The book offers glimpses into the private world of artist couples and their families, and explores the influence these artists had not only on each other’s work but also on the art world more generally. In the late 19th century British art schools began admitting women for the first time, and this inevitably led to the blossoming of relationships between practising artists. Male artists tended to prove dominant in such relationships, with Tirzah Garwood putting her career on hold after marrying Eric Ravilious, and Rose Hilton only able to take up painting after her husband Roger’s death. However Laura Knight put her artist husband Harold in the shade, as did Dod Procter with Ernest. Sometimes a like-minded couple were able to exert a powerful influence on 20th century British art. By working together in a similar vein, Vanessa Bell and Duncan Grant established their Matisse-influenced painting as a considerable cultural force in the 1920s. A decade later, Ben Nicholson and Barbara Hepworth pioneered abstraction, while in the 1940s the Two Roberts (Colquhoun and MacBryde) briefly enjoyed stardom with their Picasso-influenced paintings and prints. By contrast designers Phyllis Barron and Dorothy Larcher enjoyed a long and successful career, as indeed did artists Mary Fedden and Julian Trevelyan. Designed to challenge assumptions and inspire debate, this book will change people’s perceptions of 20th century British art. 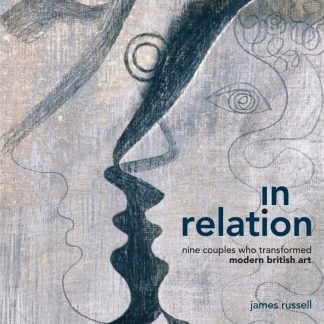