Marking the centenary of the ending of the First World War this ground-breaking and richly illustrated book explores the ways artists who were conscientious objectors and pacifists responded to conflicts, and provides new insights into their varied work, motivations and treatment.

The focus is on British artists during two World Wars through to the work in the 1960s of Scottish-Irish artist William Crozier who was greatly impacted by both wars and in particular seeing films of the liberation of the prison camps in 1945. Post-War Crozier produced a memorable series of paintings of skeletal figures in the landscape, which show a continuing preoccupation with the brutality of warfare. Mark Gertler’s anti-war masterpiece Merry-Go-Round (1916) typifies how some artists used their creativity to express their pacifist stance and their refusal to support Britain’s involvement in the war. Artwork from members of the Bloomsbury Group conveys their staunch refusal to cooperate in the war effort. Percy Horton took the radical stance of an absolutist conscientious objector and was imprisoned for two years in Edinburgh. Although like others he revised his stance in the Second World War with the burgeoning threat of Nazism. Sven Berlin registered as a conscientious objector but after witnessing the attacks on convoys in the Atlantic he changed his mind and enlisted. He went on to record his experiences during his service in France, Belgium and Holland. Quaker and conscientious objector, Kenneth Rowntree was commissioned to record non-military subjects. John Tunnard became an auxiliary coastguard and painted prolifically throughout the war. 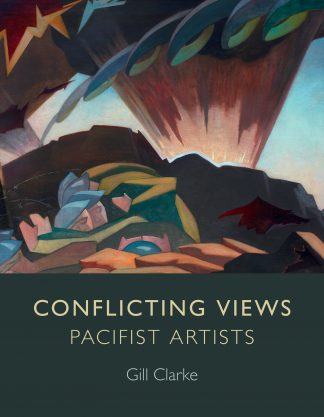