A detailed catalogue that illustrates every work from the late period

This third volume of work by Desmond Morris (b. 1928) covers his late years, work produced between 2012 and 2020.  It is unusual for artists of an advanced age to be as productive as they were when they were young but with Morris the opposite has been the case; between the ages of 84 and 92 he has produced over 1000 works.

He is quoted as saying that, if he ever found the precision of his work was waning, he would give up, but he has managed to maintain the same technical level as he did in earlier days. And he still works late into the night, as he has always done, developing endless imaginative variations of the strange biomorphic world that he first entered in 1946. 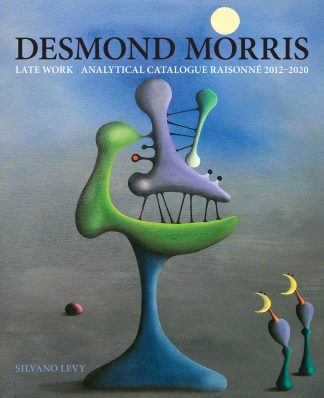