This is an update and review of the first major study of the life and art of London-born painter and collagist Francis Davison (1919–1984). After reading English and Anthropology at Cambridge, he wrote poetry, and took up drawing in 1946. On marriage to artist Margaret Mellis in 1948, the couple settled in Suffolk where they ran a smallholding at Syleham before moving to Southwold.

By the early 1950s Davison’s paintings had become simplified shapes and it was not long before he ceased painting in favour of working in collage. Over the next 20 years reference to landscape disappeared and the colour range was extended. Davison relied entirely on found, used and unpainted papers, which were cut and fitted with great exactitude. By the end of his life he had developed a method of tearing paper that gave him complete mastery over his material.

A very private man, Davison shunned publicity and insisted that only the most basic information should accompany the showing of his work. Reflecting this, he never received the recognition his work deserved, and there was only one substantial exhibition during his lifetime – at the Hayward Gallery in 1983 – but critical attention has grown since his death in the mid-1980s. Davison’s work was greatly admired by many of his contemporaries, most notably Patrick Heron and Roger Hilton. He is now seen as a major abstract collagist, with exhibitions at many public and commercial galleries. His work is held in the Arts Council collection. 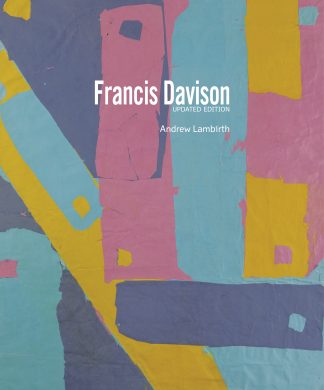