Father of the Newlyn School

Stanhope Alexander Forbes has always been known as ‘the Father of the Newlyn School’. His presence as its figure-head, guiding hand and representative to the wider world made him famous but this book celebrates his own work – the paintings he made through a long life lived in and around the fishing village of Newlyn.  It marks the anniversary of seventy years since his death in 1947 with the largest survey of his paintings ever produced.

Forbes was born in 1857 and arrived in Newlyn in 1884 as an ambitious young painter who, like others at the time, was looking away from academic traditions towards a fresh approach. His most essential tenet, followed throughout his life, was that he must always work directly in the open air. In Newlyn a colony of artists coalesced around Forbes’ tall, gentlemanly figure. Somehow his demeanour, even as a young man, exuded leadership. He was articulate, fair-minded and generous with support for other artists. He met and fell in love with the Canadian-born painter Elizabeth Armstrong and they were married in 1889. Together they set up a School of Painting and attracted a steady stream of new artists and enthusiastic amateurs.

Elizabeth Knowles M.B.E. is an art historian and curator who has compiled, written and edited books on a range of artists from Walter Langley to Sir Terry Frost, and Dame Laura Knight to Trevor Bell. She worked in the legendary Circulation Department at the V&A and then in the Modern Collection at the Tate. She left London for Cornwall in 1986 and worked freelance before being appointed Director of Newlyn Art Gallery, presenting a programme of contemporary art exhibitions, education and events. Now, after a few years away in Worcestershire, she is returning to settle down in Cornwall again. 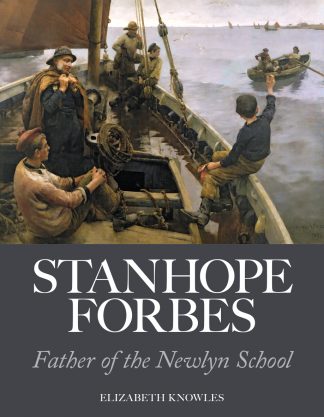 You're viewing: Stanhope Forbes: Father of the Newlyn School £20.00
Add to cart