Susan Mansfield, with contributions by Duncan Macmillan and Guy Peploe

Victoria Crowe is one of the United Kingdom’s most distinguished painters. This new publication, timed to coincide with a major display of her work at the City Art Centre in Edinburgh during 2019, gives a fresh insight into her practice from a variety of perspectives. Born in Kingston-on-Thames, and educated at the Royal College of Art in London, Crowe was invited at the age of twenty three to join the teaching staff of Edinburgh College of Art by the Head of Drawing and Painting, Robin Philipson. There followed three decades of teaching at the College, during which time she exhibited widely and gained the esteem of her fellow artists and the recognition of private patrons and public galleries. Accolades followed. Her 2000 exhibition ‘A Shepherd’s Life’ in Edinburgh met with huge critical acclaim and subsequently toured the United Kingdom. She was awarded the OBE in 2004 and made a Fellow of the Royal Society of Edinburgh in 2010.

Equally at home with portraiture, still life or landscape, although her work often defies such classification, Crowe’s work takes inspiration from her study of Italian early renaissance painting, as well as the landscape of the Scottish Borders and the light of Venice and Tuscany.  Her practice encompasses painting, drawing and printmaking, each discipline informing the others, and all imbued with sensuous colour and an exquisite sensitivity to line and tone. 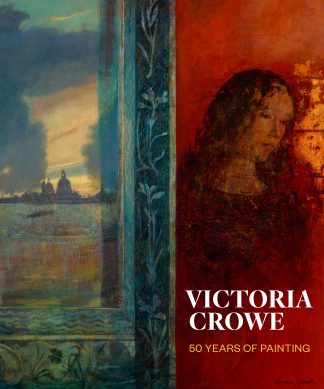