Albert Reuss in Mousehole: The Artist as Refugee

Albert Reuss in Mousehole: The Artist as Refugee
Susan Soyinka

Albert Reuss (1889-1975) was a painter in oil whose work defies categorisation, but bears some elements of Impressionism and surrealism.

Born in Vienna, he emigrated from Austria to England in 1938 following Hitler’s annexation of Austria. In the process, Reuss lost many members of his family, as well as all his possessions, and the reputation he had built up as an artist in Vienna prior to his departure.   He continued to work as an artist in this country, but his style changed drastically, reflecting the trauma that he had suffered.

Reuss’s first one-man shows were in 1926 and 1931 at the Wurthle Gallery in Vienna. His work was included in the Chicago Exhibition in 1932/3.  After his move to England, he held several exhibitions in municipal galleries in Cornwall, Cheltenham and Birmingham, followed by many more in the North of England. In 1948, he and his wife Rosa moved to Mousehole, Cornwall, and from 1953 he held regular one-man shows at the O’Hana Gallery, London. Several provincial galleries hold his work, most notably Newlyn Art Gallery in Cornwall, as do the British Museum, the Albertina Museum and the Belvedere Gallery, both in Vienna, as well as the Tel Aviv Museum of Art in Israel.

In researching the life of this intriguing man, Susan Soyinka interviewed many people who knew him, and also retrieved from Vienna a huge archive on Reuss, which includes much of his lifetime’s correspondence. 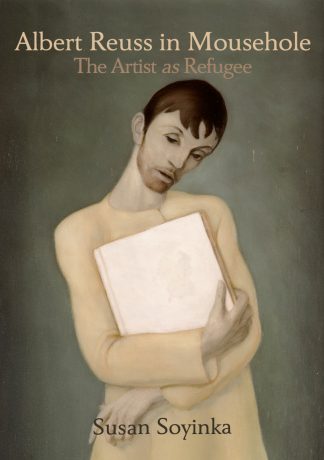 You're viewing: Albert Reuss in Mousehole: The Artist as Refugee £25.00
Add to cart