Burne-Jones (1833–98) was a British artist and designer closely associated with the later phase of the Pre-Raphaelite movement. In 1875 the politician Lord Arthur Balfour commissioned Burne-Jones, whose work was often inspired by mythology and legend, to create a series of paintings for his London home. The artist chose to re-tell the story of the Perseus myth in William Morris’s poem ‘The Earthly Paradise’ and worked on the project for ten years but it was never completed. Southampton City Art Gallery has ten full-size studies in gouache, ‘cartoons’ which Burne-Jones made to perfect his designs before beginning the final paintings in oil.

The book includes an essay about Burne-Jones, the commission and an account of the epic Perseus story with detailed descriptions of each of the works in narrative form.

With a first degree in archaeology and a PhD in English, Dr Anne Anderson was a senior lecturer in Art and Design History at Southampton Solent University for 14 years. During 2009-2010, Anne worked on Closer to Home the reopening exhibition at Leighton House Museum, Kensington. Anne also curated Under the Greenwood: Picturing the British Tree for St Barbe Museum and Art Gallery, Lymington (2013). Anne’s career as an international speaker has taken her all over the world, including Spain, Germany, Australia, New Zealand, Canada and the USA. She is currently a course tutor at the V&A. 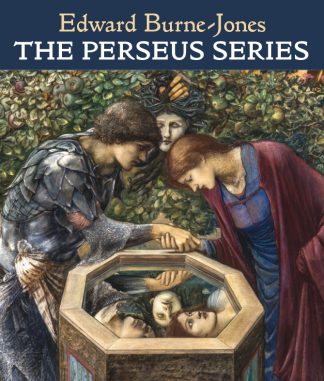