This new book on the painter Laura Knight, one of the most respected and best-loved painters of the 20th century, celebrates the extraordinary breadth of her talent and the outstanding achievements of her long life. A senior Academician, highly acclaimed War Artist, Dame of the British Empire – and champion of hard-working dancers, musicians, actors, circus people and Gypsy dynasties.

Five of the leading experts on Laura Knight have each contributed an essay, covering her early years, the flowering of her work in Cornwall before the First World War, through her portraiture to her later years in London and Malvern. Her 1930s designs for china and glass are included, as are her posters. There are powerful paintings of women working during the Second World War, and her deeply affecting painting of the Dock at the Nuremburg War Trials. Her work on ballet, theatre and circus subjects are at the heart of the book, stressing her passion for back-stage life and her deep respect for performers.

The book accompanies a forthcoming exhibition at Penlee House in Penzance that will include works not seen for many years alongside some of her most famous paintings. 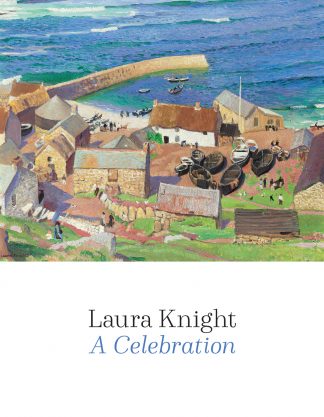 You're viewing: Laura Knight: A Celebration £20.00
Add to cart
This site uses cookies: Find out more.