Desmond Morris is popularly known as a zoologist, TV presenter and author of the acclaimed Naked Ape, an anthropologist’s searching  look at the human race.   But since the 1940s he has also had a distinguished career as a surrealist painter.  By 2000 he had completed over 1,500 oil paintings and watercolours, written a novel, made two surrealist films, executed over 2,500 drawings and composed sixty poems.  His  work was already to be found in Tate Britain, the British Museum,  in provincial UK museums in Birmingham, Southampton and Swindon and internationally in  the Yale Center for British Art in Connecticut, the Israel Museum, and the National Gallery of Modern Art in Rome.  His twentieth-century work was documented in a major catalogue raisonné.

At the turn of the century,  Desmond Morris was now faced with the challenge of surpassing his past achievements and making innovative artistic statements.  This  new volume traces a decade of immense achievement.  His work is presented through thematic, chronological and circumstantial analysis. The genesis and history of the works is followed by an illustrated chronology of the artist’s career, a comprehensive account of his exhibitions between 2000 and 2012 and a cumulative bibliography of texts and broadcasts.  An illustrated analytical and discursive catalogue of artworks completed since 2000 lies at the heart of this study.

The book will be launched at an exhibition at The Taurus Gallery, Oxford, in December 2012.

Silvano Levy has published extensively on surrealism, with studies on René Magritte, E L T Mesens and Paul Nougé. He has published  two books on the English surrealist Conroy Maddox, the calalogue raisonné of Desmond Morris’s twentieth-century paintings and, in  2008, a book on the artist’s drawings.  Sansom & Company are to publish his Decoding Magritte. 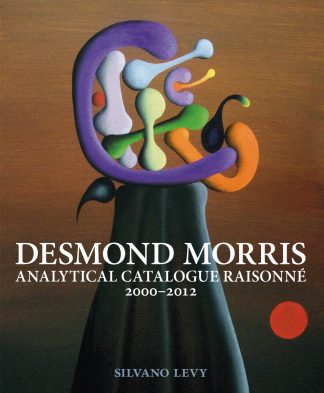