Adrian Ryan: Rather a Rum Life

This unique study – blended with the author’s memoir of the artist – sheds light on how an impressive painter continues to evoke a first response among the art-going public of ‘Why have I never heard of Adrian Ryan?’

In the early 1940s Adrian Ryan was young, good looking and rich, and stood out from the moment of his first one-man show at the Redfern Gallery. The author’s analysis of the privileged world where Adrian Ryan grew up – Hintlesham Hall, Eton and in the south of France – reveals a darker side to what appears as a magical beginning. A future that seemed assured and glittering was tainted by the advent of Abstract Expressionism. Unlike many of his contemporaries, he saw no virtue in reinventing his painting style, not least because so much abstraction was already present in his figuration.

There are insights into relations with artist friends such as Augustus John, Lucian Freud and Matthew Smith along with the collector and dealer Eardley Knollys and Redfern’s Rex Nan Kivell; into his teaching at Goldsmiths’; and into his own disappointment at failing to make the very first grade of painters.

Adrian Ryan was three times married, with a succession of lovers. His contradictory way of life is shown as engaging and loving, mischievous and childlike, gentlemanly but licentious, and having a curious disregard for some conventions, though not others, but all the while – like his paintings –  manifesting great charm. 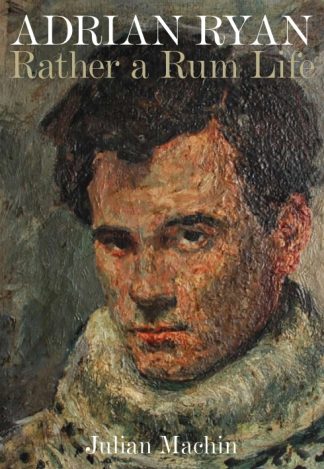