For six decades Charles Burton has been one of the major figures of art in Wales. Born in 1929, he grew up amid the poverty of the pre-war Rhondda. Even as a student he was a central figure in the influential Rhondda Group, his work was purchased for public collections and he won the Gold Medal of the National Eisteddfod. Carel Weight described him as ‘one of the most lively’ of a Royal College generation that included Frank Auerbach, Peter Blake, Fred Cuming and Leon Kossof. He was a charismatic head of painting at Liverpool College of Art when it was a hub of pop culture in the 1960s. Since returning to Wales in 1970 he has continued to produce works of brilliant serenity.

This book presents for the first time the full breadth of Charles Burton’s career, from the vigour of his earliest Valleys landscapes through paintings made in Egypt during National Service to his cool abstracts and expressive heads of the 1960s and the elegant perfection of his still lifes, interiors and landscapes of the last four decades. 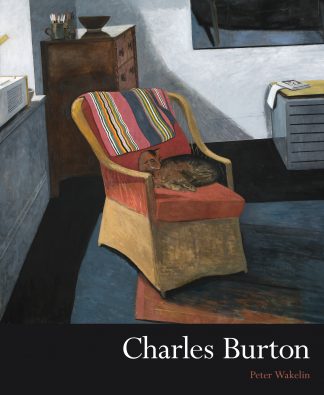