Dead Ground
War and Peace: Remembrance and Recovery
A cultural reading of memoryscapes from the Great War, 1914-1918

After four years of remembering the 100th anniversary of the First World War, Paul Gough examines the aftermath of the war and the impact of terrain militaria on contemporary British and Australian painters, photographers and writers. Through a series of well-illustrated essays Gough explores how the devastated terrain was rendered pictorially, how the vast emptiness of the deserted battlefields was recreated in paint and film, and how the dis-membered parts of the traumatised land and its peoples were re-membered. Drawing from recent travels across the Western Front, Gallipoli, and Macedonia, and site work in New York and London, Gough also explores the future of commemoration and the imagery of peace, and delves deeper into the persisting visual cultures of war.

Professor Paul Gough RWA is Pro Vice-Chancellor and Vice-President of RMIT University, based in Melbourne, Australia. A painter, broadcaster and writer he has exhibited globally and is represented in the permanent collection of the Imperial War Museum, London, the Canadian War Museum, Ottawa, and the National War Memorial, New Zealand.  He has published several books with Sansom & Company: Stanley Spencer: Journey to Burghclere (2006); A Terrible Beauty: British Artists in the First World War (2010), Your Loving Friend (2011).  In 2014 he authored Brothers in Arms: John and Paul Nash and the Aftermath of the Great War – the first book to explore the often tense and competitive relationship between the brothers. 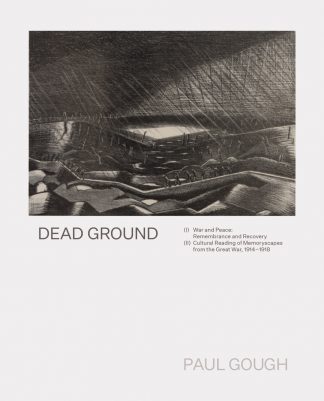 You're viewing: Dead Ground: War and Peace – Remembrance and Recovery  £20.00
Add to cart