Curator Fiona Robinson provides a fascinating insight into the process of selecting work for the publication’s accompanying exhibition, along with texts and quotations from exhibiting contemporary artists, which provide further evidence of Carter’s far-reaching influence. Co-curator Marie Mulvey-Roberts discusses in detail a number of historic artworks that influenced Carter’s writing, including works shown in the exhibition.

The book also contains reminiscences of those who knew and worked with Carter including close friends Christopher Frayling, Marina Warner, Christine Molan and her publisher, Carmen Callil (founder of Virago) each of whom offers a personal insight into Carter’s unique – and strange – vision of the world. 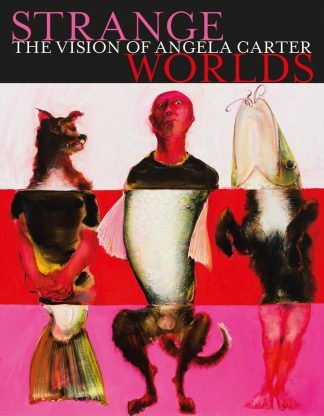 You're viewing: Strange Worlds: The Vision of Angela Carter £20.00
Add to cart