Fiona McIntyre: A Tree Within

‘She displays a conspicuous passion for her subject that pervades every touch. A highly distinctive and vigorous draughtsmanship is a masterpiece of lyrical and rhythmical design and her vocabulary of forms resonates perfectly with the breadth of handling.  Above all Fiona is a consummate colourist in sympathy with Turner, the Scottish Colourists and Hitchens…’

A Tree Within showcases 35 years of the work of Fiona McIntyre and includes paintings, drawings and prints: early Cubist-inspired paintings and drawings, copies of African and Oceanic tribal sculpture, still lifes, light paintings, the nude, landscape, architecture and the recent Arborealist paintings and drawings. Her great-grandfather Malcolm Drummond was a founder member of the Camden Town Group (1911 – 13), of which several examples of his work and a brief introduction are included. The book contains a foreword by Southampton City Art Gallery curator and fellow Arborealist Tim Craven, and an illuminating interview with art historian Dr Alan Wilkinson.

Alan Wilkinson was born in Toronto. He studied at the Courtauld Institute of Art, University of London, and wrote his Ph.D on The Drawings of Henry Moore (1974), which was published in 1984. From 1969 to 1974 Dr. Wilkinson worked closely with Henry Moore to select for the Art Gallery of Ontario, Toronto, the largest public collection of the sculptor’s work. As a curator at the AGO, he organized a number of important exhibitions, including the first retrospective on The Drawings of Henry Moore (1976) for the Art Gallery of Ontario and the Tate Gallery, London. His publications include: Henry Moore Remembered (1987); Barbara Hepworth: A Retrospective (co-author) (1994); The Sculpture of Jacques Lipchitz: A Catalogue Raisonné (1996 and 2000); Henry Moore: Writings and Conversations, ed. (2002); Harold Pinter & Alan Wilkinson, The Catch: A Correspondence (2003); “Henry Moore” the Oxford Dictionary of National Biography (2004); Rachel Nicholson (2010); and The Drawings of Barbara Hepworth (2015). 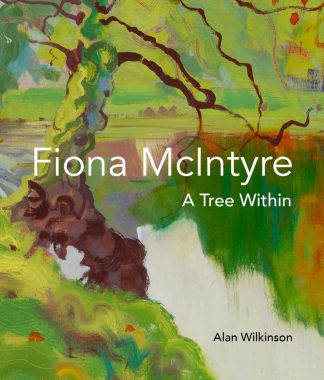 You're viewing: Fiona McIntyre: A Tree Within £25.00
Add to cart