The Legend of King Arthur: Pilgrimage, Place and the Pre-Raphaelites

Publication October 2022
This title will be available to pre-order from August 2022, with orders being fulfilled upon publication

A previously unexplored study of the King Arthur legend, Cornwall, and its influence on the Pre-Raphaelite movement.

Pre-Raphaelitism remains England’s most successful art export. Since the inception of the Pre-Raphaelite Brotherhood in 1848, the painters and poets synonymous with this movement have all explored the Legend of Arthur in some aspect.

The Arthurian legend is world famous. Since 1485 the legend has been re-interpreted in literature and art, this study will focus on the narratives told in Thomas Malory’s Le Mort d’Arthur, Chrétien de Troyes Arthurian Legends and Alfred Lord Tennyson’s Idyll’s of the King., exploring its influence on arts and culture throughout the Pre-Raphaelite period.

King Arthur’s significance to Cornwall has not been fully explored before. While the legend and the works of the Pre-Raphaelites are widely renowned, the historical and cultural context that Cornwall carries is less well known. The locations and the legend are inextricably linked. Cornwall holds many key sites including King Arthur’s birth-place, Merlin’s cave and the location of Excalibur.

This far-reaching study features new research from leading authorities on Pre-Raphaelite art and Arthurian Literature. Essays tackle subjects of artistic and literary influences, the integral role of Cornwall, and the archaeological authenticity of the legend. 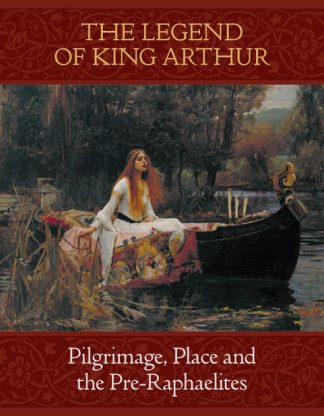 You're viewing: The Legend of King Arthur: Pilgrimage, Place and the Pre-Raphaelites £20.00
Add to cart