The Sculpture of Michael Lyons

FIRST MAJOR STUDY OF THE SCULPTURE OF MICHAEL LYONS

Michael Lyons (b 1943) gained recognition in the 1960s through inclusion in group exhibitions such as the ICA’s ‘Young  Contemporaries’ and Whitworth’s ‘Northern Young Contemporaries’. By the mid-1970s he was one of the finest steel sculptors of his generation, whose potent, architectural forms commanded attention in their relation to landscape. Heights of David (1976–7), shown at London’s Serpentine Gallery, Manchester’s Whitworth and the newly opened Yorkshire Sculpture Park, confirmed and embodied this intent.

Lyons’ sculpture ranges from steel construction, rooted in the tradition of Picasso, González and David Smith, to organic bronzes modelled on an intimate or monumental scale; although abstract, it draws on aspects of nature, cosmology, myth and ancient cultures. A visit to China in 1993 profoundly influenced the development of Lyons’ work, through teaching and making sculpture in Hangzhou, Beijing, Shanghai and many other cities. Residencies in Mexico, Canada, Germany, USA, Turkey and Cyprus have resulted in numerous large-scale sculptures produced in relation to these countries’ cultures and sculptural traditions.

Lyons’ drawings and sculpture are represented in the collections of the Arts Council England, Henry Moore Institute, Yale Center for British Art and galleries throughout Britain and abroad. Lyons was a founder member of the Yorkshire Sculpture Park, a Trustee of the Ironbridge Open Air Museum of Steel Sculpture and Vice President of the Royal British Society of Sculptors. Through his teaching he has contributed significantly to sculptural practice in the UK and in China.

The Sculpture of Michael Lyons maps the themes and techniques of Lyons’ work against a broader context of the commissioning, production and exhibiting of sculpture in the twentieth century. It further addresses Lyons’ practice of working abroad, particularly in China and Latin America.  Judith LeGrove’s text is complemented by over 70 photographs from the artist’s archive, a selection of source documents (artist’s statements and critical responses), a fully illustrated catalogue of over 500 sculptures produced between 1961 and 2012, and a detailed chronology and bibliography.

Art historian Judith LeGrove  has written,  among other studies,  Geoffrey Clarke: A sculptor’s Prints  which was published by Sansom & Company in 2012.

Publication July 2013, to coincide with the sculptor’s 70th birthday. 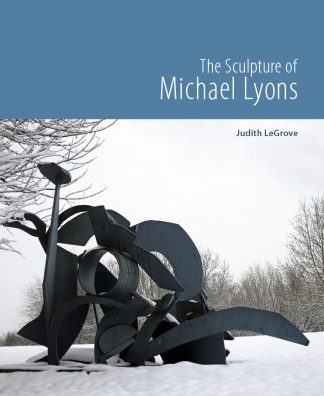 You're viewing: The Sculpture of Michael Lyons £40.00
Add to cart
This site uses cookies: Find out more.